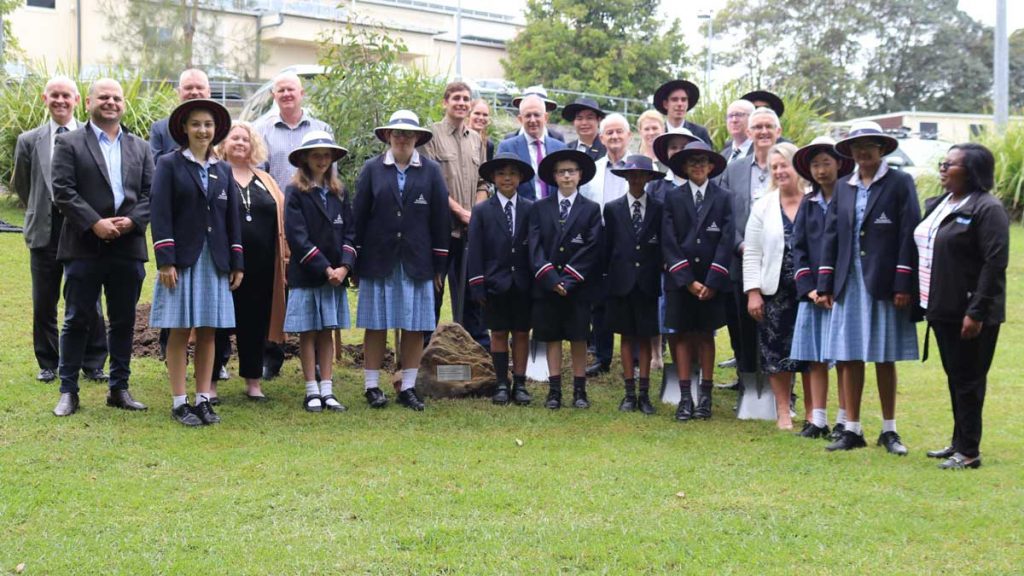 Government and church leaders and Wahroonga Adventist School students were among the attendees.

A commemorative tree planting ceremony was held October 20 in the grounds of Sydney Adventist Hospital, on the Wahroonga Estate, in honour of the late Queen Elizabeth II.

The blackbutt is the first of 700 trees to be planted on the Wahroonga Estate through the Australian Government’s Planting Trees for The Queen’s Jubilee Program. Ten trees will be planted for every year of the late Queen’s reign—all native varieties, including gum, wattle and red cedar. Commemorative signage will be installed to create awareness of the Queen’s Platinum Jubilee.

The large-scale tree planting project will be a special, living tribute to the late Queen, who was known for her commitment towards protecting the environment. 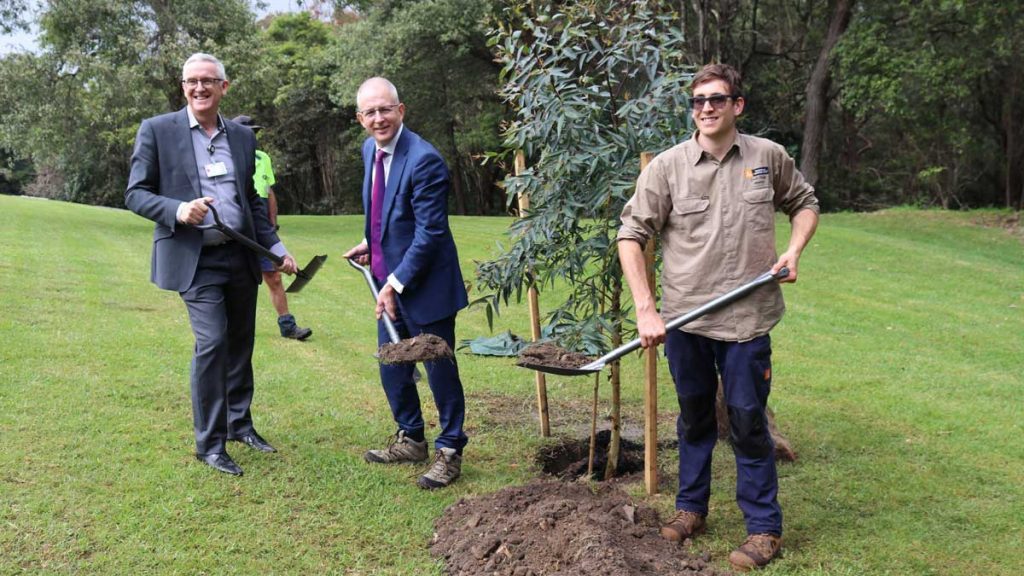 Speaking at the ceremony, Mr Fletcher commended the Adventist Church for its work as stewards “of this precious piece of the environment”.

“Stewardship I think is an excellent word to describe the approach of the Adventist Church in dealing with this extraordinary piece of land here in Wahroonga,” Mr Fletcher said.

“The many ways in which you use it to provide a service to the community: of course, the largest and most sophisticated private hospital in New South Wales—a teaching hospital, a hospital providing service to this community for generations—the school, your headquarters for your many other operations that the Church has. But the seriousness with which the Church takes its responsibilities as an environmental steward is also something absolutely to be celebrated.

“The work that will be done with [the Queen’s Jubilee] grant will be very effective, not least because it builds on the long-standing program of very effective work that you have been doing as stewards and custodians of this precious piece of the environment, so well done.” 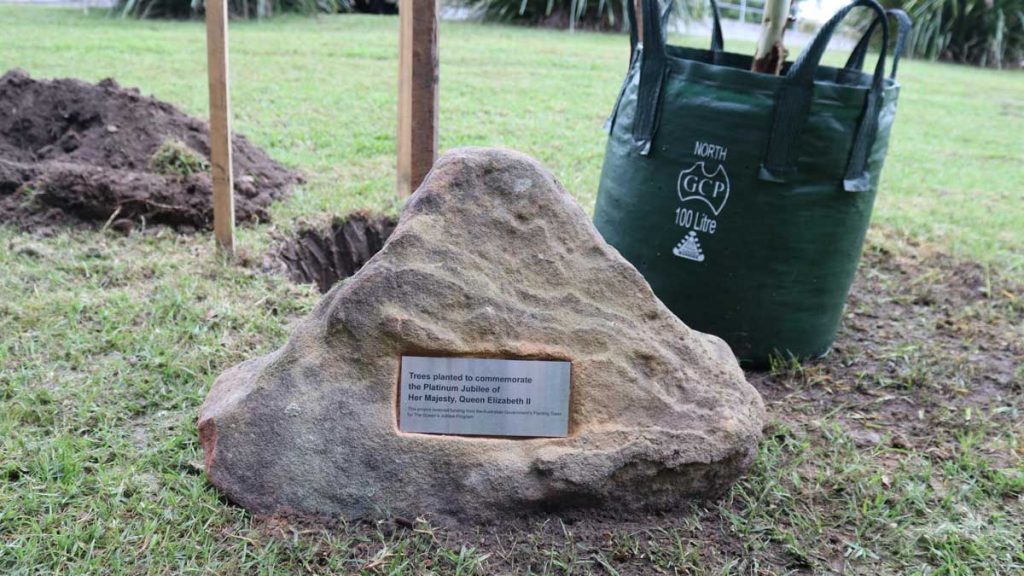 The initiative is a special living tribute to the late Monarch.

Overseeing the project is Jayden Streatfeild, environmental officer for the South Pacific Division of the Seventh-day Adventist Church. Mr Streatfeild made the successful application for the grant with the support of Mr Fletcher’s office.

Mr Streatfeild said the trees will be planted within the Wahroonga Estate’s 31.4ha environmental conservation zone, known as the “Jewel of Lane Cove”.

“It features two critically endangered ecological communities: a Sydney Turpentine Ironbark Forest and a Blue Gum High Forest. It is home to around 56 species of birds, and a variety of animal life including possums, bandicoots and echidnas. And recently, we’ve observed that wallabies have returned to the Wahroonga Estate after many years—and that’s an exciting discovery for the diversity of the environment.”

The site is not only a haven for wildlife, but it is also a popular community space. Bushwalkers, bird watchers and mountain bike riders are among those who enjoy its beauty and serenity. 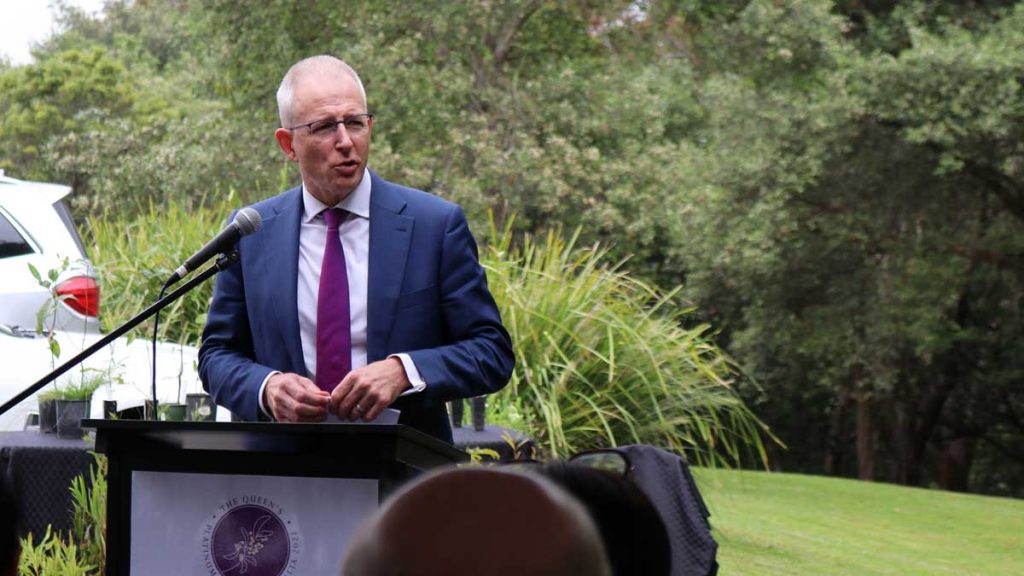 Member for Bradfield Paul Fletcher speaking at the ceremony.

“The trees will be a welcome addition to our bushland surroundings,” he said. “We are grateful to have this opportunity to commemorate the late Queen Elizabeth II and her remarkable 70 years of service.”