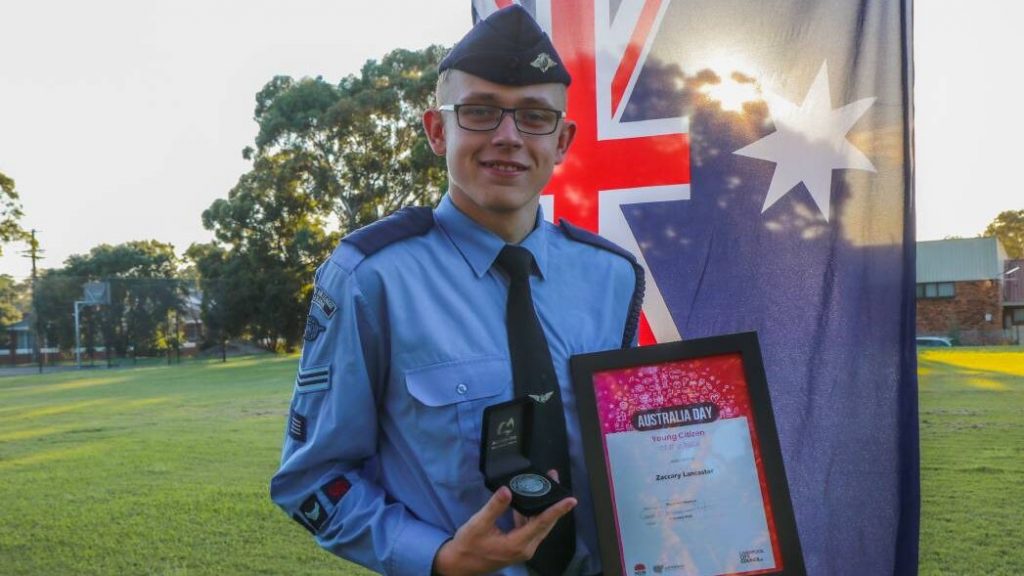 Macarthur Adventist College student Zaccary Lancaster has recently been recognised for his outstanding contribution to community involvement. The Year 12 school captain and long-time student at the college was named Young Citizen of the Year at Liverpool Council’s Australia Day celebrations.

Zaccary has worked for not only college-based social justice initiatives and fundraisers but has shown compassion for the local community by his significant work with organisations such as the Australian Air League and New South Wales Youth Parliament.

Over the past four years, he has also raised more than $A9000 for Malee Rose Cottage, a local ADRA community centre.

Principal Sam Lett shared that the college and local community are incredibly proud of Zaccary. “Seeing students putting their faith to work and being encouraged to use their gifts and talents in the service of others is what makes Macarthur Adventist College such a unique and wonderful environment for young people to learn and grow,” he said.

Had a great staff lunch yesterday to kick off the

We had our Retired Ministers Luncheon at the end o

On Sabbath, elders from our conference got togethe

Our Adventist Book Centre is Moving. For more info