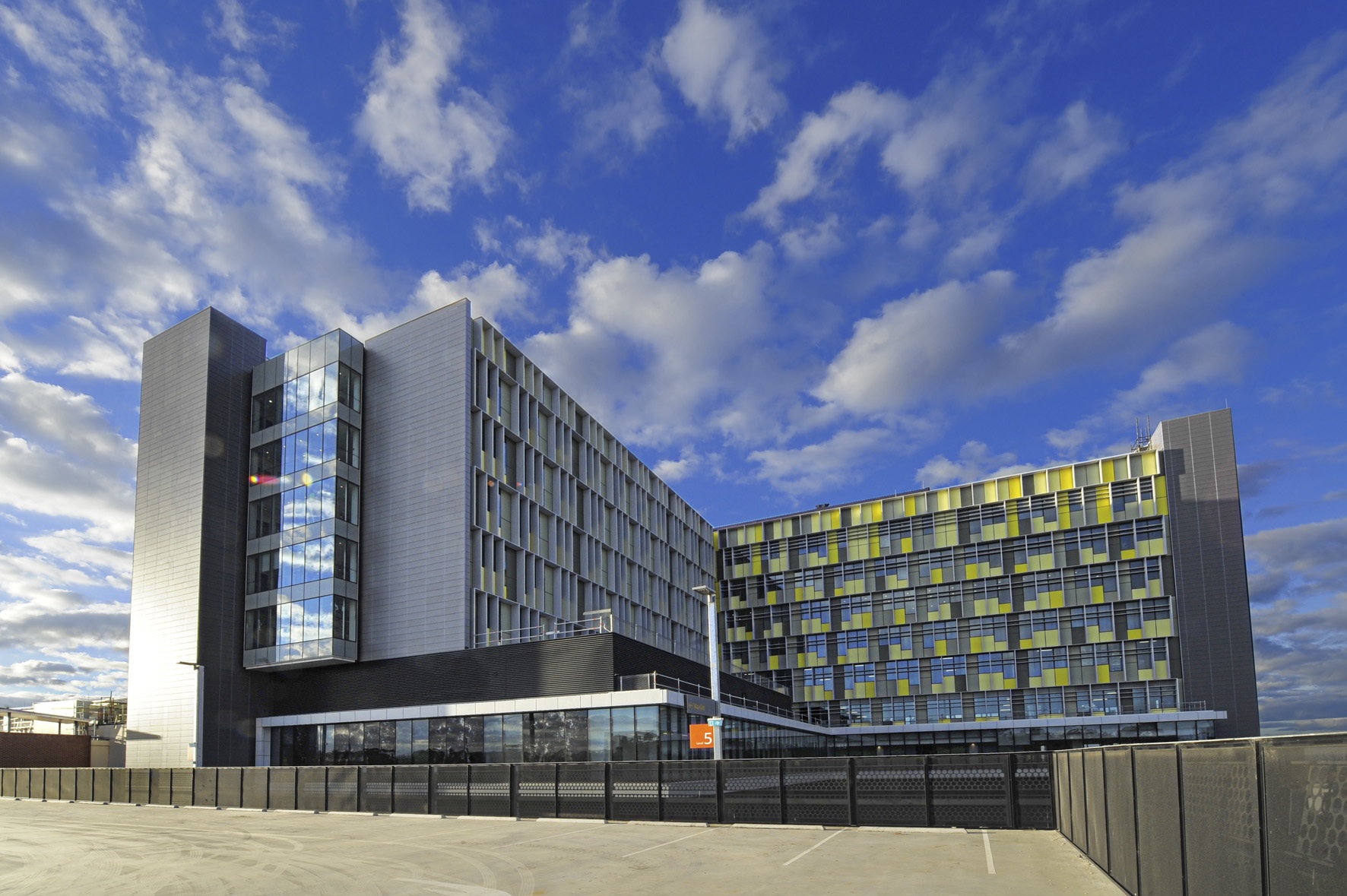 The 12-story LW Clark Tower is home to a new Maternity, Women’s Health and Children’s Unit, an Integrated Cancer Centre and Healing Garden, and provides capacity for up to an extra 200 hospital beds, and extra 12 operating theatres.

With its existing facilities combining to provide the Hospital with a total of over 550 inpatients beds, another 300 day beds, and up to 24 operating theatres, the Redevelopment reaffirms Sydney Adventist as the largest private, and the largest not-for-profit, hospital in NSW.

The Redevelopment took almost 10 years of planning and just over 3 years to construct and will cater for the over 50% increase in patient demand by the increasing and ageing population for Hospital services expected by 2026.

Providing the Best Facilities to Attract the Best Medical Teams

“The new San – our milestone $200 million Redevelopment – is the result. It equips us to care for our community into the 22nd Century. 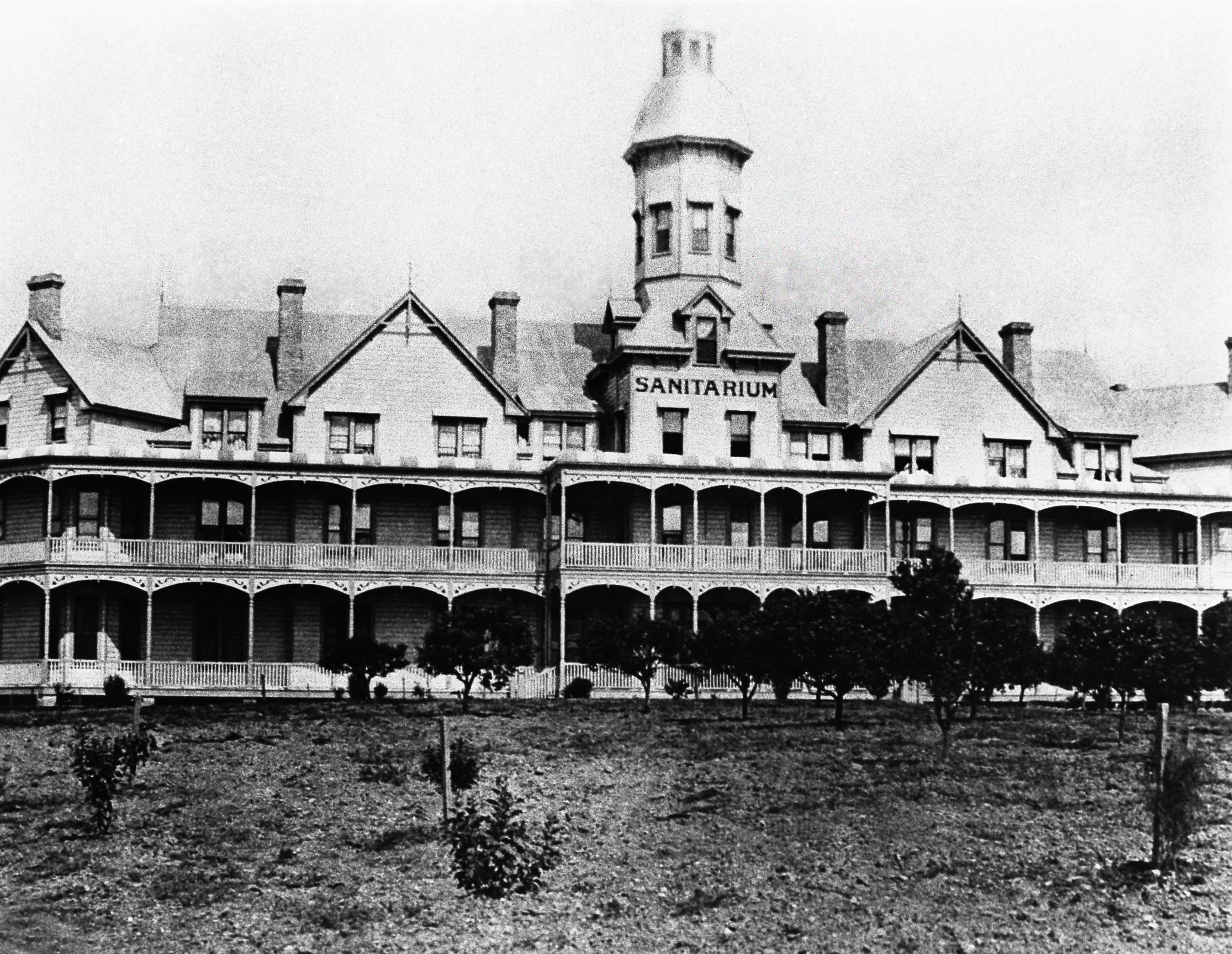 We hope we have matched their vision – providing a state-of-the-art hospital for staff to provide all the care our community need and meet our promise to them to be ‘Yours for Life’.

A highlight for us all, but particularly for me as a former obstetrician, is the new maternity unit. Babies have been delivered here at the San since 1903, and there’s no greater reward for us than helping our community grow.

The New San, Joy For Us All

This milestone Redevelopment is the ‘new ‘ San – It’s our baby, much planned, eagerly awaited and now that it’s here, a great joy for us all.”

Level 11 of the new building has been named after Mt Colah resident Wendy Wooller who worked at the San for 39 years before retiring from her role as Director of Maternity in 2010. Much loved by staff and patients, thousands of local babies were delivered during her time at the San.

“It is better than I could have imagined. The patients are going to love it, and so will the staff.

The reason patients go to the San is for the care, but now the surroundings are beautiful, it’s even better.”

The San is the largest employer in the Hornsby Ku-ring-gai region with over 2200 nursing staff, and 800 medical specialists. It cares for close to 250,000 patients a year.

The official opening of the LW Clark tower will be celebrated during October this year.

Naming of Wards in the New San

Wards in the San’s new LW Clark Tower and an existing building wing will be named in honour of individuals whose commitment and passion have helped the San grow since its establishment in 1903. The namings will be officially celebrated at opening events later this year. (The naming followed an invitation to hospital staff to suggest names for discussion.)

Matron Rita Rowe graduated from nursing at Sydney Adventist Hospital in 1934 and served as Matron of the San for 20 years from 1953-1973. Matron Rowe was sister to Pastor Allan Forbes (SAH Hospital Manager from 1947-1967) while her nephew Ramon also worked at SAH for several years.

Dr John Grant AO OBE was a highly respected Neurosurgeon who worked at SAH from 1949-2001. Dr Grant was a co-founder of the Paraplegic & Quadriplegic Association, Chairman of the Sydney 2000 Paralympics Organising Committee and helped develop the Royal North Shore Hospital Spinal Injuries Unit.

Dr Charles Sharpe OAM was a Plastic Surgeon at SAH from 1972-2002. Dr Sharpe established SAH’s Nepal plastic surgery outreach program in 1994 for which he and his wife Margaret each received Orders of Australia.

Dr John Knight AM (Pastor Knight’s son) worked at SAH for over 30 years. He and wife Noreen (who graduated from nursing at the San in 1953) founded the Medi-Aid Centre Foundation providing services to elderly community members. Peter Knight (Dr Knight’s son) served on the SAH Board from 2009-2012.

Annette Baldwin AM worked at SAH for 45 years as nurse, midwife and nursing administrator and received an AM for her work in nurse education and her 23 year involvement in Open Heart International.

Wendy Wooller worked at SAH for 39 years progressing from midwife in 1971 through to Director of Maternity, Paediatrics & Nursing Support before retiring in December 2010.

Doctors Daniel and Lauretta Kress were the first medical leaders at SAH when it opened in 1903, and played an important role in developing the San’s distinctive ethos. Dr Lauretta Kress delivered the first San baby in January 1903.

Facts about Dr Clark (after whom LW Clark Tower is named)

Dr Clark started his career as a gynaecologist and obstetrician and has been in medical administration at the San since 1991.

Dr Clark was appointed as CEO in 2002 and Group CEO of Adventist HealthCare in 2012.

Dr Clark is well liked and revered as a visionary leader and a passionate advocate of quality healthcare.

He has held high profile roles with the Australian Private Hospitals Association and the Fertility Society of Australia.

He has been awarded as a Paul Harris Fellow by Wahroonga Rotary.