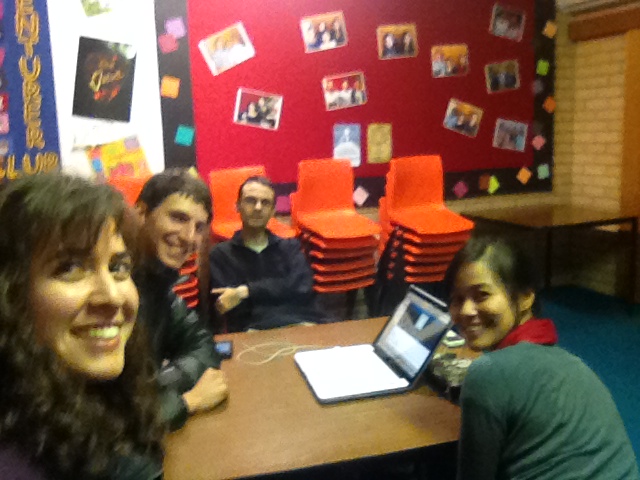 The youth at Waitara have been running a weekly online Skype prayer meeting every Tuesday night for the last 3 years. During this time people from around the world have joined in this weekly hour of power.

After a recent Skype prayer meeting session, the host forgot to log out of the Waitara Youth Skype account, and to his surprise he received a call well after the meeting had ended. The call was from a young lady living in Sydney who said she had lost her connection with God and needed prayer. She had found the meeting by simply Googling “Skype Prayer.” He prayed with her and invited her to join the prayer meeting the following Tuesday.  She called in and at the close of the meeting, one of the youth invited her to attend an afternoon youth program that Sabbath and gave the girl her phone number. That same night, the young lady phoned the number she had been given and poured out her heart, telling the young person with the listening ear how she regretted so much of her life and felt God didn’t care about her.

An Appeal Over Skype

After talking for some time, the young person who was listening felt impressed to make an appeal,  “Are you willing to let go of your past and let God make something of your life?” The answer came back, “No.” They continued talking.  A second time, the conversation gave opportunity to invite the anonymous caller to surrender her life to God. This time, she said, “Yes.” The two prayed together, and that night, a young lady living in the city of Sydney, surrendered her past, present and future to God.  God is good!