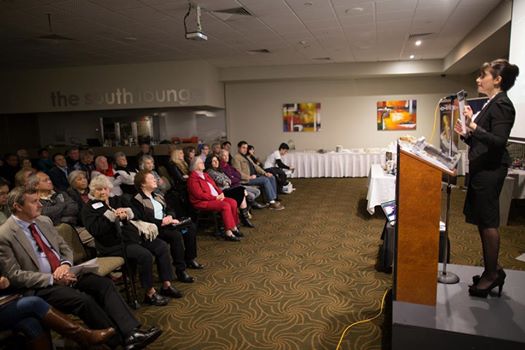 Attendees at The Last Empire Hurstville

For the second year, churches throughout Sydney are hosting the Last Empire evangelistic series that is sharing real hope for the future to attendees.  Presenting the topic of God’s love and provision through ancient prophecies, the series will continue for about a month.

“This is my 2nd year attending the Last Empire series. In 2013, I attended the Marrickville Fountain in the City series at The Cyprus Club at Stanmore. Pr Duane Haora presented a powerful and inspiring message. While I’ve heard sermons on Daniel 2 on many occasions, attending the series opened my mind to a different perspective. It was also encouraging to see many non-SDA visitors attending the program.

This year I am attending the Lakemba Tongan Last Empire program. The Speaker Pr Pelikani Esau from Auckland, NZ is the key presenter. His presentation is in Tongan mixed with English. The presentation captures the audience. I love to hear the message about Daniel 2 and the Last Empire, made of iron and clay. Everything that was prophesied in the Bible is coming true. I definitely recommend that everyone – whether they be Adventist or not – attend their local Last Empire presentation.”

We look forward to welcoming you and your friends and family to a location of the Last Empire in one of our 14 locations.  Visit our website to find the series running closest to you!