Sydney Adventist Youth AMP IT UP with Pr. Ron Sydney 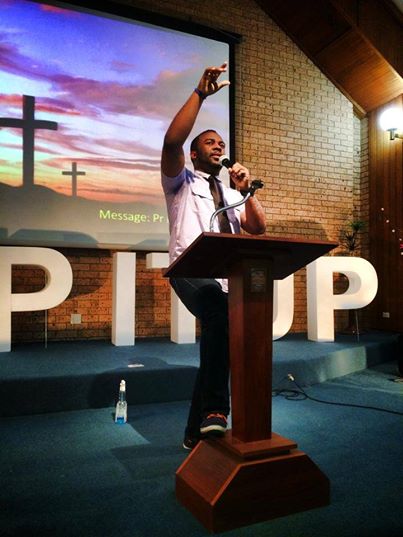 To Sydney Adventist Youth, this is a rallying cry for young people throughout the conference to embrace the world church’s call to focus on evangelism in 2014.  Throughout the month of March, several energizing waves came together and really brought this message to life; the last—and most powerful—swept in from Seattle, Washington.

Global Youth Day was very effective in uniting young people around the world through acts of service and kindness by using social media, broadcast and technology.  Multiple church groups and individuals in Greater Sydney posted photos on the Global Youth Day’s app and supported the broadcast at Wahroonga Church.

One week later, Sydney Adventist Youth united in worship at the first Youth Rally of the year.  Held at Christian City Church in Silverwater, the event featured a video presentation, singing and preaching.  The speaker of the hour, Pr. Ron Sydney, is Senior Pastor of 24/7 Church in Seattle, Washington.  Carrying the theme of “AMP IT UP,” Pr. Ron challenged those present with the message that it’s impossible to reach out to those around us if we don’t know who Jesus is for ourselves.  That morning, and for the next seven nights at Hoxton Park Church, during the Youth Week of Revival, he set out to paint a picture that gave insight into the awesomeness of God.  Not only was that picture attractive to those in attendance, they were also attracted to Pr. Ron’s willingness to be raw and authentic – to be honest about his journey with God.  And this was evidenced by the attendance at the Youth Week of Revival.  Night after night the audience grew; by the Friday evening service, the church was filled to capacity, with some standing to be a part of the worship.  The nightly services were electrified by the participation of various church groups, including the Mahe Sisters, Mt Druitt Samoan SDA Youth, Hoxton Park Youth, Sydney Tongan Youth and many others.

It’s the prayer of Sydney Adventist Youth that this powerful wave and energy to live an authentic Christian life and AMP IT UP flows throughout the year.

Want some ideas on how you can evangelise to those around you?