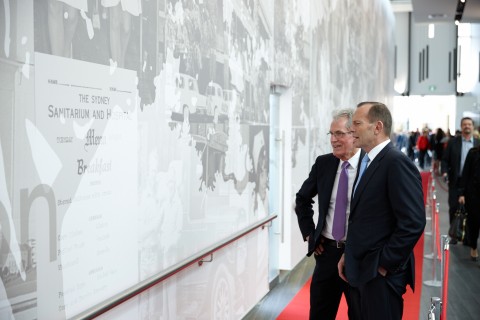 New mums, babies, midwives, surgical staff on break from operating theatre procedures, cancer patients and their carers were among those to meet and greet the PM and Ministers, who addressed up to 500 guests at the official opening.

The $200 million Redevelopment has been built to cater to the expected 50% increase in demand for its healthcare services as the population ages, increases and lives longer, all while expecting high-tech quality healthcare.

The San, as the hospital is known, is one of the oldest hospitals in Sydney opening in 1903 as a Sanitarium influenced by the principles of health and wellness by people like Dr Kellogg of Kellogg’s fame.

Today it is the most modern, state-of-the -art hospital, while still applying holistic principles because of its understanding of the benefits of caring for the body, mind and spirit of patients.

It has changed a lot since it started at Wahroonga in the bush with its own dairy and vegetable gardens.

The redeveloped San is home to state-of-the-art technology, including da Vinci robot surgery.

In the future it will also be home to innovative Tomotherapy treatment and – as the capital campaign target of $20 million is reached – the North West’s first Integrated Cancer Centre, which will provide one point of access for cancer patients to a comprehensive range of screening, treatment and counselling services they need. 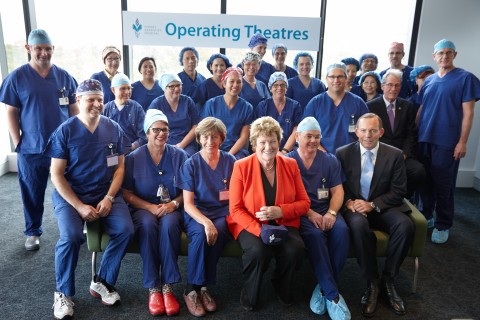 “Over its 111 years, the San has been providing outstanding care to people across Sydney’s north shore, north west, Northern Beaches and Central Coast,” Mrs Skinner said.

“Today it is the largest private, not-for-profit hospital in NSW, working closely with public hospitals including Hornsby, Westmead, Gosford and Royal North Shore.”

Prime Minister Abbott was equally effusive about the San.

“This is a happy day for the people of northern Sydney and a proud day for everyone associated with the San.

I’m just so delighted to be here today to bask in the glory, to bask in the glory of the doctors and nurses and all the other professional and other staff who make this hospital such a splendid success and make it such an important institution in the healthcare system of NSW and of Australia.

So I found it extraordinarily exhilarating and uplifting to be the Health Minister for four years: it was a time which helped reacquaint me with Australians at their best and to be here today amongst the very best of us to celebrate the great work that you do is a deep, deep, honour and I thank you so much for the privilege. 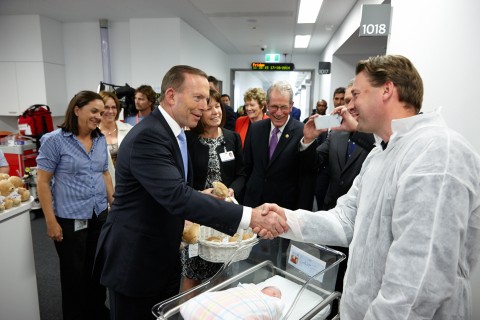 Our private hospitals such as this help to make our public hospitals better.

Finally I want to say thank you to the Adventist Church and to all the other great Charities upon which our private system depends.

This Hospital (Sydney Adventist Hospital) is about providing the love of Christ in a practical way to people who need help.

And you will be so much better able after today thanks to this fine new facility to spread that love and provide those services.

More than 2500 staff, you treat almost a quarter of a million patients every year, you’ve got about 800 doctors – it is an extraordinary institution.

So, thank you everyone associated with this great Hospital.

I salute your work, and I knew you will do it even better in the months and years ahead as a result of these new facilities we open today.”

This Hospital (Sydney Adventist Hospital) is about providing the love of Christ in a practical way to people who need help.