COMMENTARY | Regulating’ Cannabis:              The legalisation of yet another psychotropic toxin – Really?

“Permission empowered models of drug policy interpretation are driving demand for drug use – NOT prohibition models. The ‘law’ is not what ruins lives, it’s those who tear down that protective fence to simply ‘get wasted’, that do that!”

It is certainly no surprise that the pro-drug, cannabis promoting lobby, manifesting itself through The Greens, continue to employ tired mantras that:

The latest National Drug Strategy 2017-26, now puts Demand Reduction as the priority! The strategy states that “Harm Minimisation includes a range of approaches to help

prevent and reduce drug related problems…including a focus on abstinence-oriented strategies… [Harm minimisation] policy approach does not condone drug use.” (page 6) “Prevention of uptake reduces personal, family and community harms, allow better use of health and law enforcement resources, generates substantial social and economic benefits and produces a healthier workforce. Demand Reduction strategies that prevent drug use are more cost effective than treating established drug-related problems…Strategies that delay the onset of use prevent longer term harms and costs to the community.” (page 8)

We need to be reducing demand for cannabis, not increasing it through the undermining of both demand and supply reduction pillars in our National Drug Strategy!

Is the de-facto legalisation and ‘regulation’ of cannabis going to reduce demand, supply and harm, or will it promote/permit the same and to an even wider cohort?

If we have a regulated market for recreational Cannabis, will the already law-breaking and recalcitrant users suddenly line up to pay for, a now taxed product? We have seen the ‘black’ or ‘grey’ market on decriminalised prostitution continue alongside the now regulated industry for the simple reason that people do not want to pay more or be regulated as we are now seeing in the US State of Colorado!

Let us cut through the propagandised mantras about the so called ‘benign nature’ of this plant that buries evidence-based data with emotionalism and ‘big dollar’ revenue rhetoric.

“If one was to read at least three academically sourced evidence-based articles/resources on the inherent physical, psychological, environmental, genetic, social, productivity, familial & community Harms of this drug, every single day of the year for 10 years, you will still not have read half the current data on the dangers/risks of Cannabis.” D.I

Submission to the Canadian Senate Standing Committee on Health – for their consideration and review of Bill C.45.2017

The following is but a snapshot of those harms: 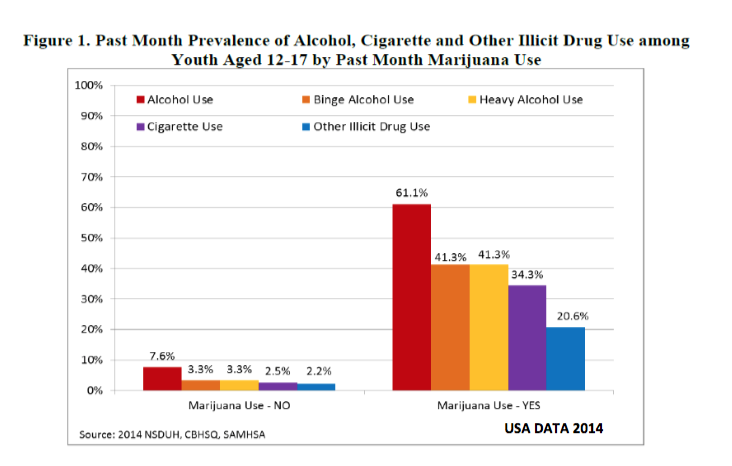 • The Legalisation of Marijuana in Colorado: The Impact 2017

o  The 176-page report details the worsening impact of marijuana on Colorado, including: