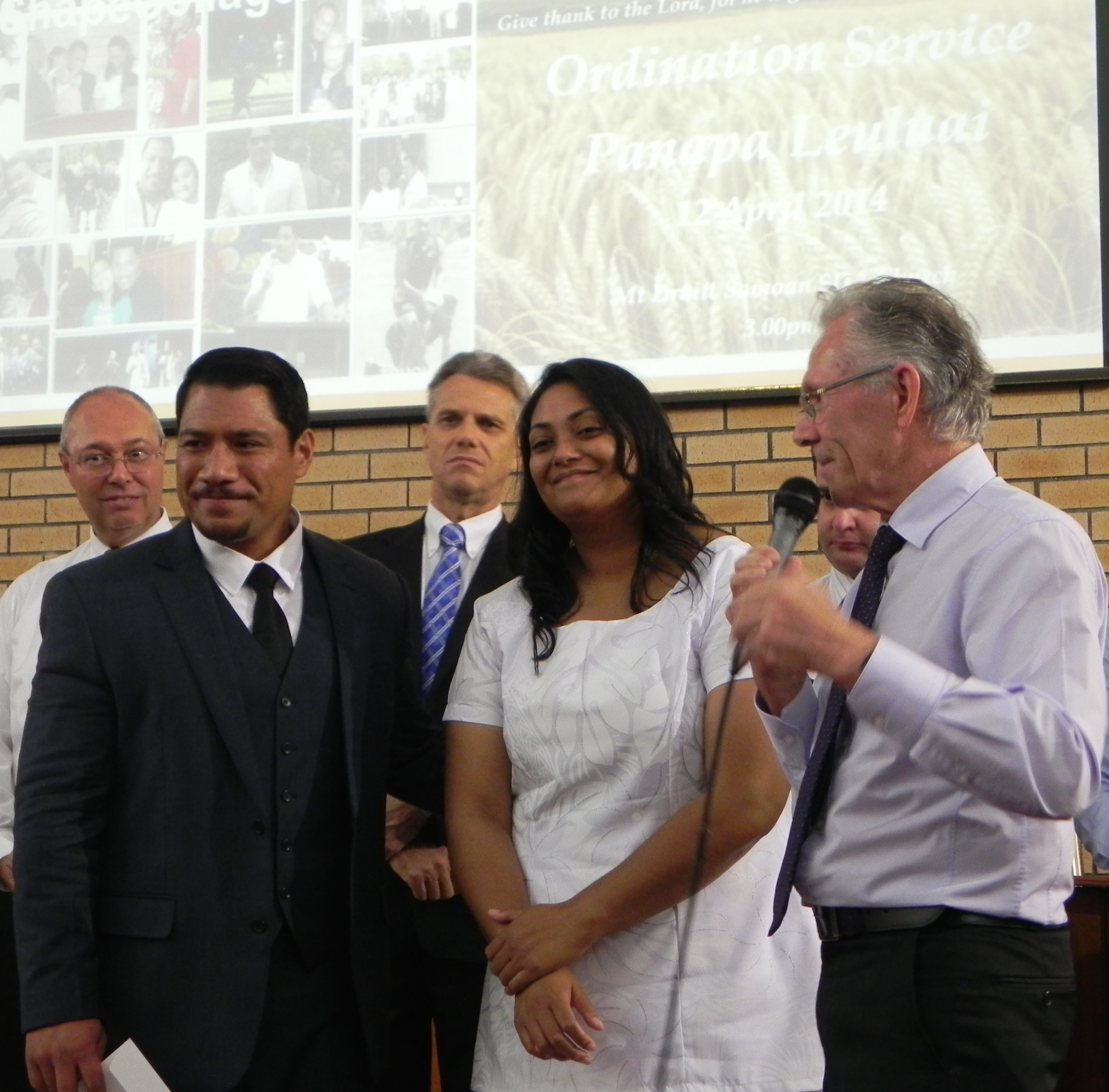 The Mt Druitt Samoan Church was packed full for the ordination to pastoral ministry of Panapa Leuluai on 12 April 2014. The joyful occasion was attended by members and friends from Fox Valley and Mt Druitt Samoan Churches, from Mountain View Adventist College (MVAC) and from the Samoan community. The Junior Choir of MVAC added to the note of celebration with a couple of songs of praise.

Panapa and his wife Jochebed first ministered at Fox Valley, where Panapa interned under the guidance of Pastor Bob Saunders. Panapa acknowledged the valuable contribution of Bob and Angie Saunders to his growth by inviting them to give the official welcome into the ranks of ordained pastors. Since the beginning of 2013 he has been the senior chaplain at MVAC and a participant in the life of the Mountain View Multicultural Church. The pastor of that church, Rams Tupe, welcomed the attendees and the principal of the school, Jenny Gibbons, offered the opening prayer. Pastor Asofitu Leatuavao (Mt Druitt Samoan) gave the address; Pastor Michael Worker (GSC President) read the Charge; and Pastor Garth Bainbridge (GSC Ministerial Secretary) led the ordination prayer as fifteen of Panapa’s ministerial colleagues surrounded them to place their hands on the pastoral couple.