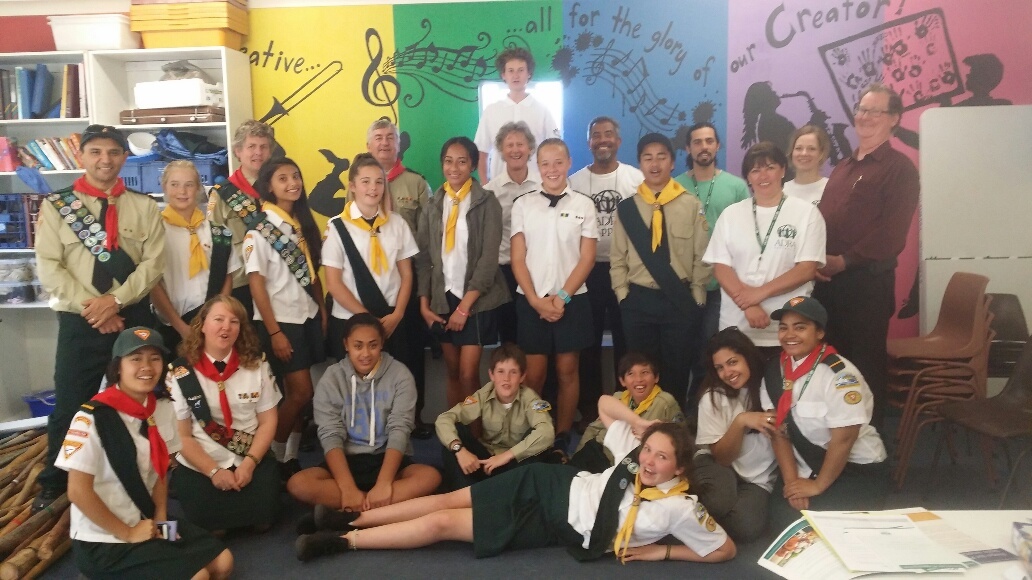 Last year Malcolm Rea challenged the Illawarra Pathfinder Club to beat him in ADRA’s Knocktober Appeal. The Pathfinder Club beat him by $10. Undaunted Malcolm retorted, “Next year I will beat you!”

Malcolm called in reinforcements, Wesley Raymond and Heidi, but this was matched by a growth in Pathfinder numbers.  On the other side, Wesley’s father, Colin Raymond, joined the Pathfinder group.

Sabbath afternoon, October 18, turned out to be a beautiful day. After a challenging message from Wesley and a hearty lunch, the two rival teams set off at 2 PM. The agreed plan was to return at 4:30 PM. Notwithstanding some territorial snatching by the pathfinders, the game was played with a reasonably even hand. True to promise, everyone returned on time, and the serious counting commenced. Malcolm bravely weathered the gloating remarks and big smiles from the Pathfinders as he, Wesley and Heidi desperately counted funds. Pathfinder cheers were loud and long as totals came in ahead of expectations.

It was quite clear that Malcolm, Wesley and Heidi had been resoundingly beaten at their own game! “What a great problem to have,” Malcolm ventured.

We closed the counting with a round of thank-you prayers, led by a Pathfinder …. who else? Then we turned to the refreshments. Delicious!

What a lot of fun we had.

The Syrian civil war has raged for two and a half years. More than 100,000 people have lost their lives and almost 9 million more are in desperate need of humanitarian assistance.

More than 2 million Syrian have left everything to flee the violence – more than half of them are children. Thousands more cross the border every day. With thousands of children missing out on an education this is not just a crisis of today – but a crisis that will be felt long into the future.