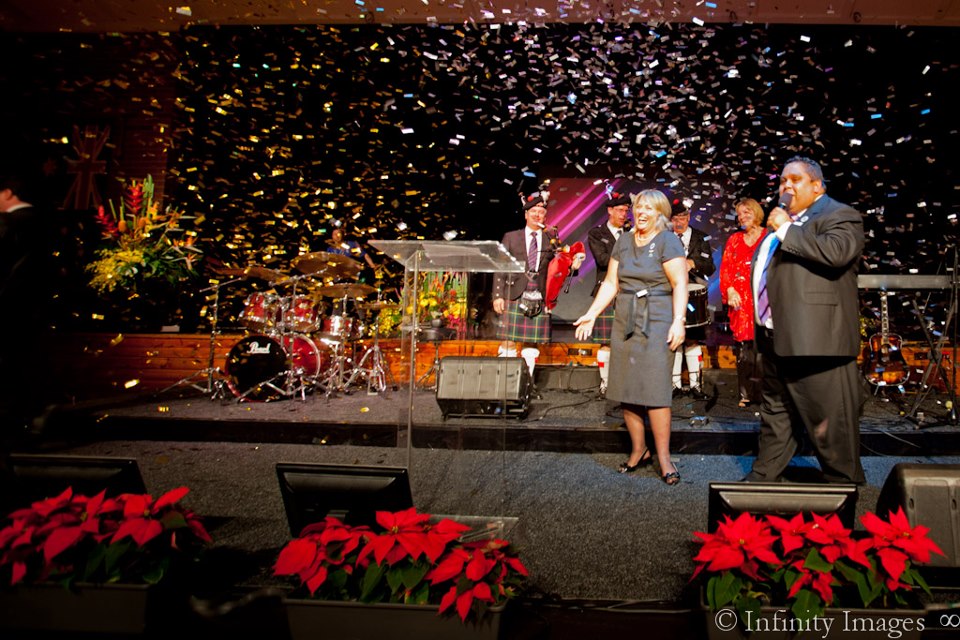 The Strathfield campus of Sydney Adventist College (SAC) was farewelled and officially decommissioned at the Final Roll Call event on Saturday, 1 December 2012. The event was a full day of presentations, worship, photos, music, memories, laughs, tears and fellowship for the 1000 people who attended on the day.

“It was a very special day, and we’re so proud to have given the school the send-off it deserves,” said current College principal, Mrs Julia Young. “One of the highlights was walking through the different groups of people that gathered through-out the day and hearing them laugh and reminisce about their experiences of SAC. It was a like a massive reunion. We’re sorry that this is the event that brought so many people together, but it truly was a day of celebrating the rich history of this school. It has touched thousands of lives and it’s awe-inspiring to know how far the school spirit has reached. It was a privilege for the team of staff, parents and ex-students to do this for such a great school.”

The day-long event included several presentations from students and staff, both past and present. Many of the musical items were also performed by current or past students and staff. Through-out the day, guests were free to walk around the campus and through the different classrooms to see photos and memorabilia on display. Following the evening concert, the school campus was officially decommissioned.

The decommissioning ceremony was a symbolic act of closing the school. It involved a colour guard of current and past students removing the school crest from the wall of the auditorium and presenting it to Mrs Young, who then presented it to Pr Michael Worker, President of the Greater Sydney Conference of the Seventh-day Adventist Church. Pr Worker then entrusted the crest to the Concord Seventh-day Adventist Church as the final guardians of the ‘SAC spirit’. This church is located close to the Strathfield campus and represents all of the churches of Sydney’s inner-west.

“Decommissioning the school is one of the hardest things I’ve ever had to do as principal,” said Mrs Young. “It was a very sombre and emotional time for everyone who has a heart for this campus. However, we are glad that the crest will reside at Concord church, where we know the SAC spirit, which is God’s spirit, can continue to live in the hearts and lives of people who care about the wider community in which we worked. The ceremony was a fitting way of saying a final farewell to the Strathfield campus.”

Mrs J Reid, a member of the Concord Seventh-day Adventist Church and a student of the school in 1941, accepted the crest on behalf of her church. “Concord church will honour the sacred memory of Sydney Adventist College by hanging this crest in our church until a new school is built in the inner west of Sydney or until the Lord returns,” she said.