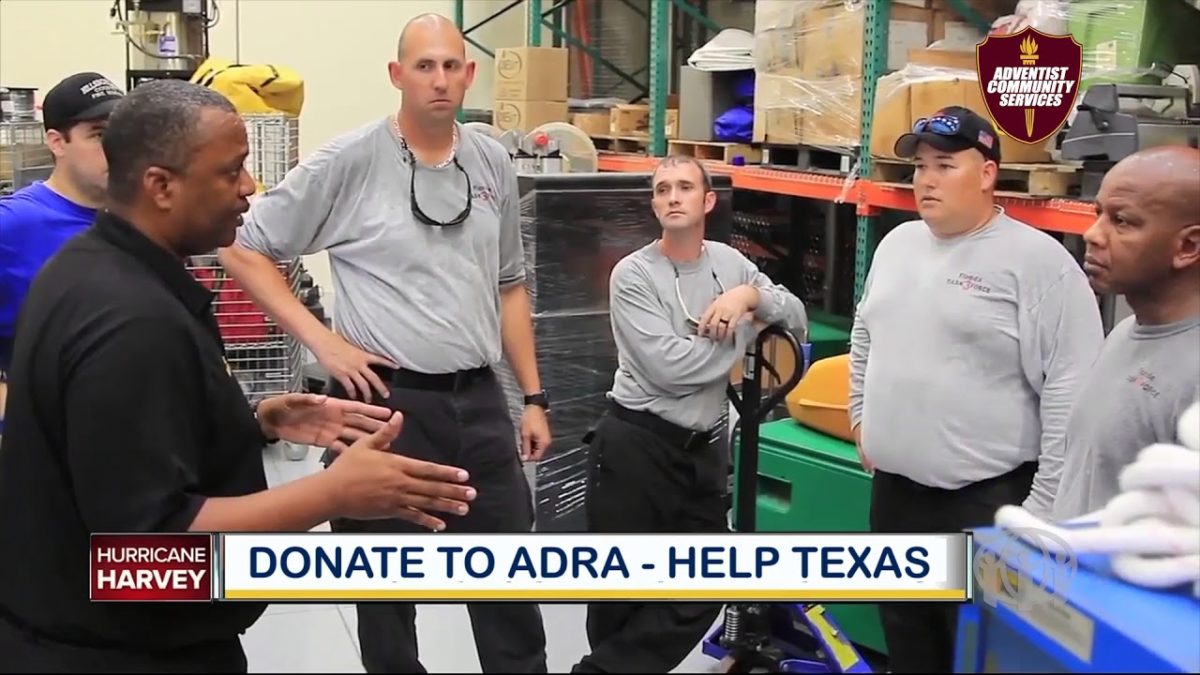 Network’s response to the numerous disasters that have occurred in the last few weeks as the Northern Hemisphere’s Monsoon and Hurricane season is in full swing:

Torrential monsoon rains have affected almost 40 million people in the entire South-Asia region including Bangladesh, India and Nepal. At least 1,200 people area known to have died, with thousands of houses, schools and hospitals damaged.

In Nepal, ADRA’s initial response was conducted in the following districts and sectors:

In Bangladesh, ADRA has completed an initial response in cash voucher distribution to households affected by the ongoing severe flooding disaster in Dinajpur district. They have just sent a request for funding of a Network response project. I am still reviewing this information.

ADRA is providing technical and coordination support while the Northern American Division Adventist Community Services (ACS) takes the lead on the ground with response activities.

Some of ACS’ response activities:

As I’m writing this, Category 4 Hurricane Irma is moving over southern Florida and has left scenes of destruction in its trail across the Caribbean. ADRA has been working closely with the SDA Church and relevant emergency response authorities in the affected areas.

In locations that have already been hit by Irma, ADRA is conducting rapid assessments in order to determine the most significant needs. It is anticipated that ADRA will respond in the following ways:

Once a response has been determined, we will most likely receive a request for funding support. If this is the case then we may contribute to the response.

Another Category 4 hurricane, Hurricane Jose, that was developing closely behind Hurricane Irma is reportedly moving away from the Caribbean islands which will hopefully bring some relief for those affected by Hurricane Irma.

In the last two weeks more than 200,000 Rohingya people have fled from Myanmar to Bangladesh due to clashes with Myanmar security forces.

In Bangladesh, ADRA has received initial funds from one of ADRA International’s partner organizations. They are still planning their response with these funds, however have indicated that they will support refugees with food packs initially.

ADRA I is following up with ADRA Myanmar as to whether they will be responding.

At this stage there has not been a request for extra funds therefore we will not be supporting this disaster. This may change once more information is known on the situation.

At 23:49 hours of September 7th, 2017 a 8.2 magnitude earthquake hit Mexico with the epicenter located near Pijijiapan in the state of Chiapas, Mexico. The earthquake was felt by 50 million people in the country mainly in the south and the center of the country and has left 61 people dead.

ADRA Mexico is currently conducting a needs assessment to determine the focus of the intervention and will implement the response over the next 5-14 days. Initial reports released by official authorities, like Civil Protection, indicate needs in water, shelter and food, mainly because of the huge number of houses damaged/destroyed. ADRA Mexico is closely coordinating with local, state and federal entities and NGOs in order to avoid duplication.

At this stage there has not been a request for funds since ADRA Mexico is still determining it’s response.

As you can imagine the situation is changing rapidly and hopefully during this week we will have more information. Please keep the people and ADRA staff of the affected countries and disaster zones in your prayers.