A special time of worship and connection with other Adventists in the South Pacific Division.

#weRtheCHURCH is a unique opportunity to bring all our members together to hear about what’s been happening around the Division over the past year.

Some of this year’s stories include the 150th anniversary of Adventist education, the commissioning of the first Indigenous Australian woman, Hope Channel New Zealand’s launch into the Cook Islands, Avondale becoming a university, and American Samoa’s 10 days of prayer and baptisms. There will be an update from Tonga, which was devastated by a tsunami earlier this year, and from Northern NSW, which faced its own flooding disaster. 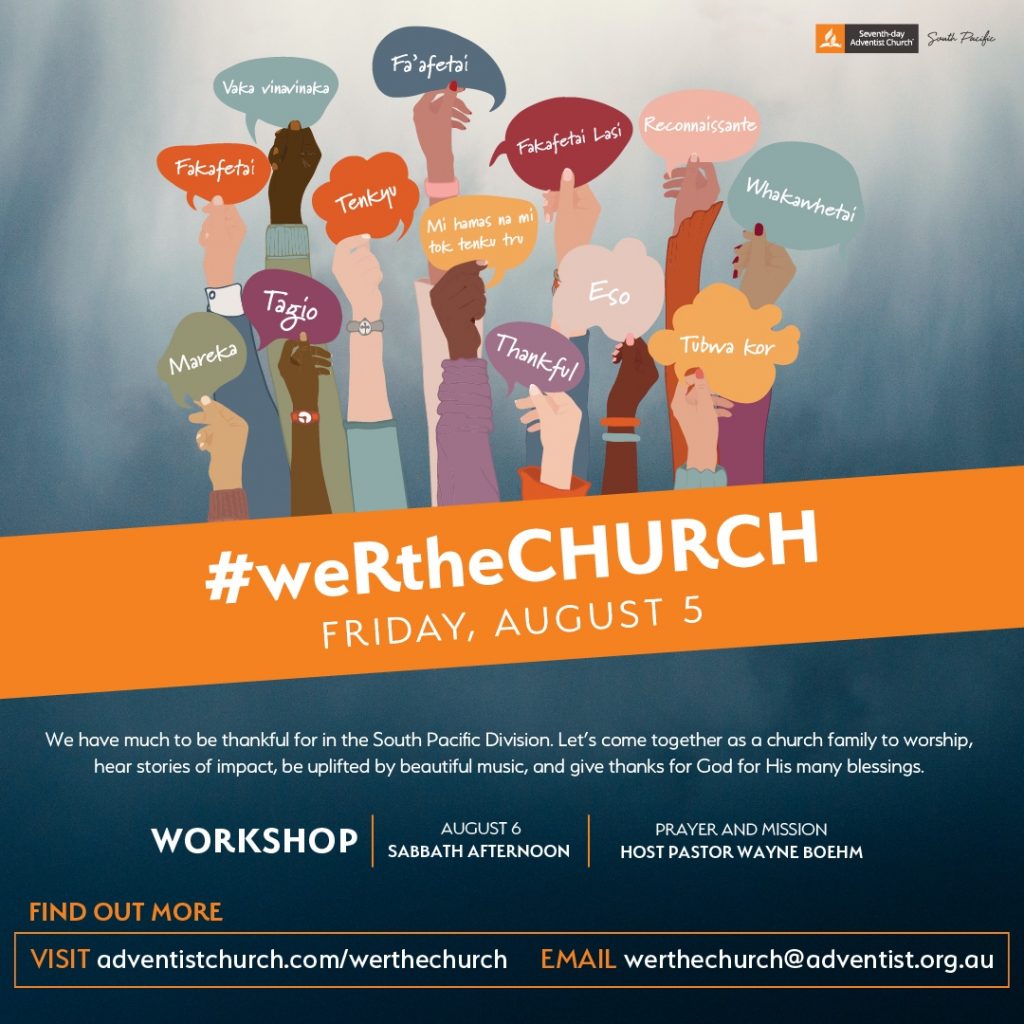 Head to adventistchurch.com/werthechurch for detail and to watch the program. Otherwise you can view it on the Adventist Media Facebook page or YouTube channel, or Hope Channel TV.

The main programme streams will be captioned in English.

French subtitles will be provided in a separate video which will be released for on-demand viewing from 5:00pm Friday, AEST.

Download the promo video here. #weRtheCHURCH social media graphics and invite flyer are available via the buttons above.

#weRtheCHURCH is an initiative of the South Pacific Division and produced by Adventist Media. This event is not hosted by the Greater Sydney Conference.

For more information and recordings of the programs, email [email protected]. We cannot assist you via LiveChat.

Had a great staff lunch yesterday to kick off the

We had our Retired Ministers Luncheon at the end o

On Sabbath, elders from our conference got togethe

Our Adventist Book Centre is Moving. For more info