I remember sitting there, trying to work out which knife and fork to use to cut the cheese amongst the array of cutlery that lay before me.

I had been invited to the High Table with the Fellows of Trinity College at Cambridge University.  If you were to walk over to the window, you could look out over the Great Court where many students have tried to beat the clock, as portrayed in the classic movie Chariots of Fire, by racing the 341 metres around the courtyard within the 43 seconds that it takes for the clock to chime 24 times.  As you entered the main gate of Trinity College, you could look up at the window of the room where Isaac Newton had written his famous Principia Mathematica.

On one side of me at the High Table that evening sat a professor of Bronze age Greek History while on the other side of me sat a postgraduate student who was doing their doctoral studies in plant genetics.  I spent most of the night wracking my brain trying to think what I could say without sounding like a total ignoramus from the colonies.  To say that I was awed and a bit intimidated was an understatement.  My heart only really stopped pounding when I finally unchained my rusty £50 mountain bike and rode away through the darkened cobbled streets past Jesus College and Magdalene College back home to my shared English flat on Belmore Close.

Have you ever been in a situation where you have been awed by the sheer pomp and ceremony around you?  If people have the money and the status, they often enjoy flashing it around.  Human nature has not really changed down through the centuries.

“In honour of his visitors, Festus had sought to make this an occasion of imposing display. The rich robes of the procurator and his guests, the swords of the soldiers, and the gleaming armour of their commanders, lent brilliancy to the scene.

“And now Paul, still manacled, stood before the assembled company. What a contrast was here presented! Agrippa and Bernice possessed power and position, and because of this they were favoured by the world. But they were destitute of the traits of character that God esteems. They were transgressors of His law, corrupt in heart and life. Their course of action was abhorred by heaven.

“The aged prisoner, chained to his soldier guard, had in his appearance nothing that would lead the world to pay him homage. Yet in this man, apparently without friends or wealth or position, and held a prisoner for his faith in the Son of God, all heaven was interested. Angels were his attendants. Had the glory of one of those shining messengers flashed forth, the pomp and pride of royalty would have paled; king and courtiers would have been stricken to the earth, as were the Roman guards at the sepulcher of Christ.”  AA pp434,435

It reminds me of the observation that John made in one of his letters:

Always remember that, no matter what company you are with or what social circle you are currently mixing in, the Holy Spirit within you and the angels surrounding you make all of the flashy human class pale into insignificance.

As a modest yet Spirit-filled follower of Jesus, you can have incredible spiritual poise even in the midst of the greatest of human pomp. 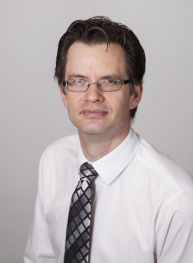